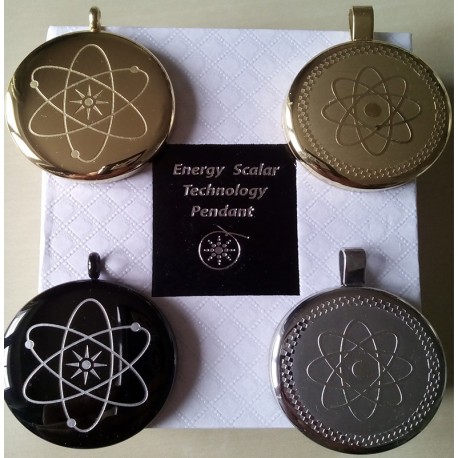 Bioenergy medallion II, refill was made from the black germanium powder. The whole medallion was made from clear germanium, which is thought to be more effective in delivering features, comparatively to the black germanium. Germanium was checked over and tested. Serves improvement in immunology system. It increases oxygen pressure and make a human feel more energetic and immune to fisical fatigue. Removes free radicals and protects against electromagnetic radiation.

While magnets are put on a human body, the magnetic field percolates do the skin tissues and bones. It contains iron, just lie blood. It works as magnetic energy conductor, thereby increasing blood circulation, delivering oxygen and nutrients to the tissues. It stands for health cells growth and initiates body to regeneration and natural self faith healing.

In the Japan were made measurements of positive and negative ions:

Transporting oxygen, germanium prevents hypoxia at the tissue level. It decreases the risk of blood hypoxia evolution. It may happen because of decrease of hemoglobin in erythrocytes. As we know, the most imminent on oxygen debt are brain, muscles, kidney tissues and liver. Delivering oxygen to tissues, germanium helps to decrease harmful oxygen hunger influence. It actually means, that germanium rescues your organs from slowly dying. Also an organic germanium contributes to interferon gamma induction. They activate specific immunological cells (T-killers) that protects organism against viruses and bacteria.

GERMANIUM COOPERATES WITH HUMAN ORGANISM NOT ONLY AT THE CELLULAR LEVEL

This feature of this leading semiconductor id used in the MEDALLION Energy Scalar Technology Pendant. Germanium is submitted for active chemical process, during which conversion electrons with extremely short waves are emitted. During direct touch between germanium and body, due to dissolving electrons features, biochemical processes happens. Those processes influence positive at our organism. As we all know, at the human body lie active points connected with inside organs. Connecting germanium features with magneto therapy, synergy of biologically and therapeutically effects happen. It increases lymphatic drainage, flexibility of vessels is normalized, the speed of blood circulation increases and their diameter grow.

In the ensemble you can find Medallion with a chin in the box and authenticity card. You can choose fro, 3 colors: silver, gold and black. Products are save and don't cause any side effects. There are no contraindications in using.